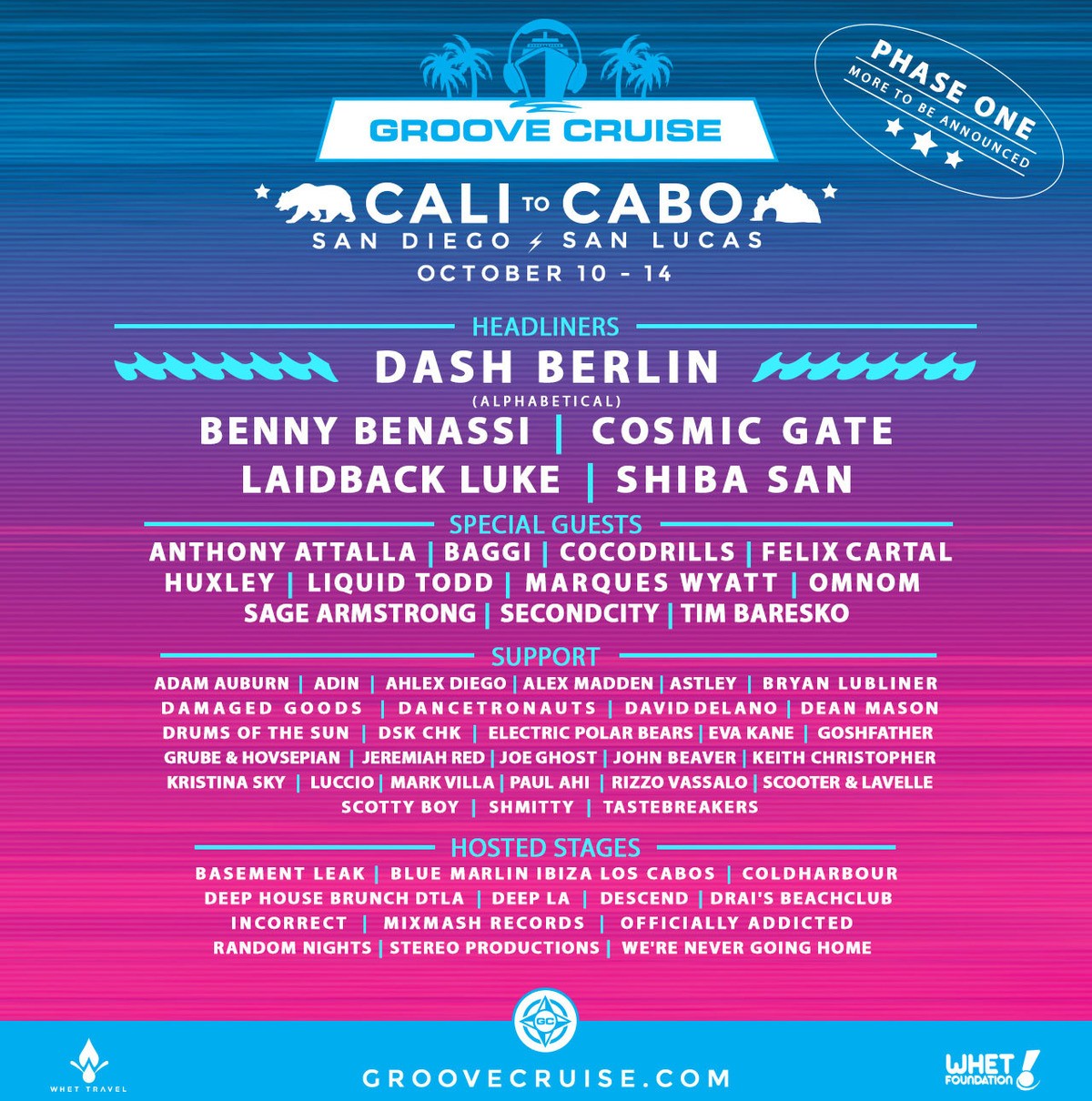 2018 Phase One Lineup with more to TBA

Whether you are a regular attendee of the Groove Cruise and have been one of their epic voyages before or you are a Groove Cruise newbie. You will be thrilled to know Groove Cruise Cabo just dropped phase one of their line up, and it is something to be pumped up about. Headliners include legendary Italian DJ/producer Benny Benassi , famed Dutch-Filipino DJ and martial artist Laidback Luke , German trance duo Cosmic Gate , Dutch trance and progressive house master Dash Berlin , Dirtybird Records signee Shiba San , with more to be announced soon.

Everything about this lineup so far has us jumping up and down in our jumpsuits. We are hoping to be there to experience Groove Cruise Cabo and its 30thannual party at sea with you, who wouldn't.

2,700 Attendees abroad the Norwegian Pearl get down and crazy with 96 hours of non-stop music across nine stages, the twelve bars and lounges, 13 restaurants, picturesque pool deck, bowling alley and arcade offer something for everyone. The groove cruise departs San Diego on October 10th-14th 2018, jammin its way to Cabo San Lucas, Mexico.Here the choice will yours hit up the bars, shops and scenery along the port or head to Blue Marlin Ibiza Los Cabos at ME Cabo , one of Mexico's leading resorts.

Start packing now or at least start thinking about what funky things may end up in that suitcase, Groove cruise is known for their epic theme parties! If you don't already have your tickets get them now! Tickets are already 78% sold out. 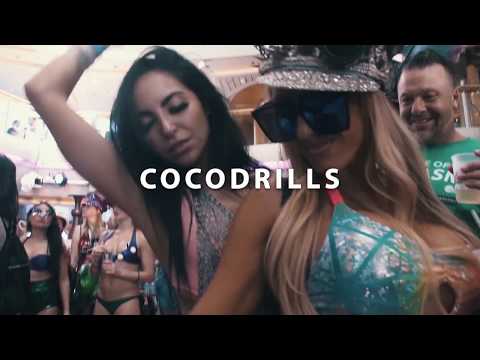