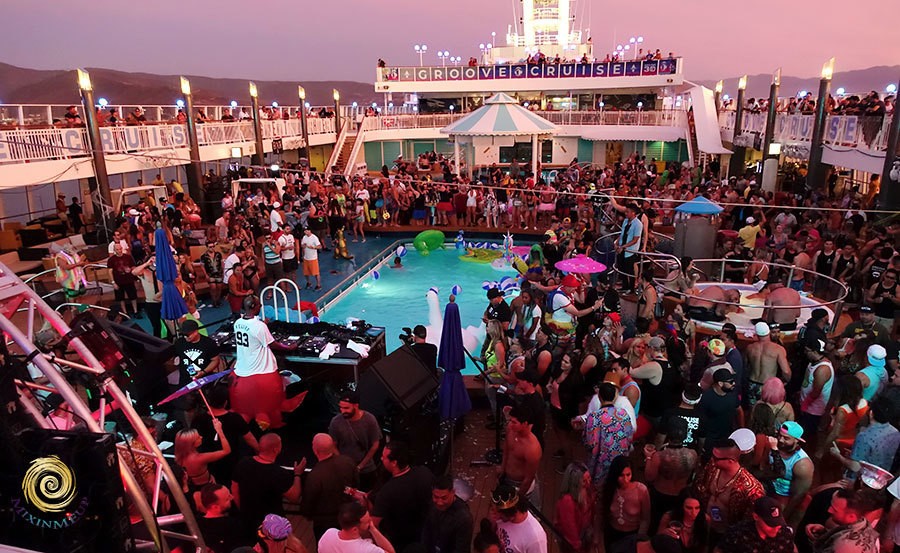 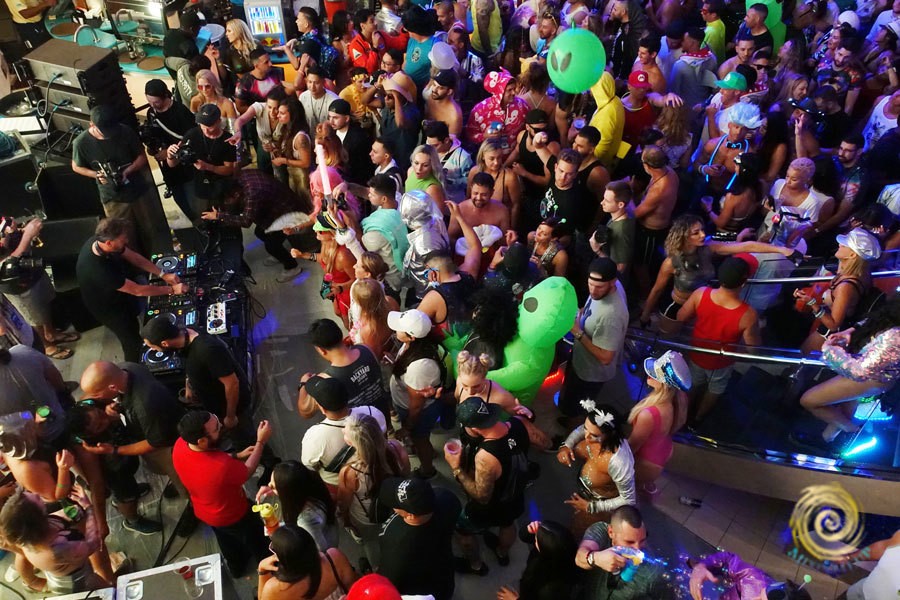 Airport number three and missed flight number two, I was beginning to wonder if I was going to make it to San Diego in time to reach the Groove Cruise. Leaving one day before, in October, seemed completely practical. However now I was beginning to regret not going two days early. Weather patterns in Canada, the United States and along the Pacific Ocean were not only making it challenging for me to get to San Diego on time, but they were also creating some trouble for the Groove Cruise Cabo.

After running through the terminal to try and catch my connecting flight, I arrived to see the gates closed. I was greeted by another traveler wearing a bucket hat and a pineapple t-shirt that says good vibes only.

"You must be going on the Groove Cruise," I asked, I just had a feeling there were not too many people in the airport looking like they were ready for a good party.

Instantly we both felt a little better, complete strangers, but we were now in this together, and we would make it to San Diego one way or another. Waiting for standby, we started to look up car rentals in case we didn't have seats on the next flight. A groove cruise virgin myself it was refreshing to meet someone who had attended many before. We sat there chatting, and he filled me in on funny memories and what to expect. I knew one thing when we did finally make it to San Diego, after all these challenges, this experience was going to be much more wonderful than I expected. Great things don't tend to come so easy. Finally, the flight arrived, holding our collective breath they assigned us our seats. Groove Cruise Cabo here we come! Well almost.

Meanwhile, Jason Beukema the founder of Groove Cruise and his team were working around the clock to change our destination to Cabo. They had been given the go-ahead to still set sail, but sailing to Cabo would put us right in the eye of the storm. The team was not about to let us all down, working steadily they had a lot rearranging to do. A new destination to Ensenada, a new venue to find (Pops and Beer), and as well rearranging the artists and their schedules. A lot of work to do in a few hours. But they did it. Jason later confessed it was his toughest Groove Cruise to organize thus far. Though many passengers agreed, this was one of their best Groove Cruises to date. Jason later expressed in an email his gratitude for his staff and the staff of the Norwegian ship. Also expressing his appreciation for the attendees of GC Cabo and how they handled the changes.

"what I was even more proud of was the positive vibes that you brought in a situation that no one could control. It really shows who you all are and why I will do anything for this community" Jason Beukema 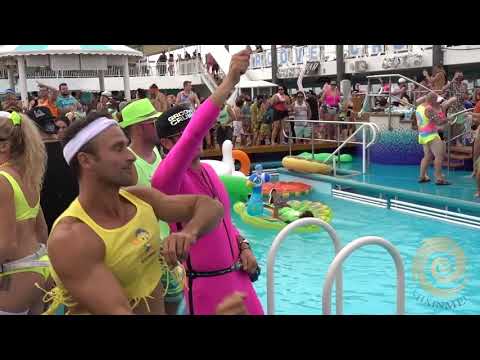 Arriving at the port the energy was high. Costumes, glitter, music blasting from speakers pulled by wagons and smiling faces were seen as soon as you arrived. Even by those of us who had come with a bit of a hangover from the pre-party the night before. The Groove Cruise buzz had definitely hit the city of San Diego the previous day. Heading to the pre-party there was something in the air. Held at the San Diego Air and Space Museum, this was a unique venue which not only had good music but much to see and interact. Hosted by headliners Chus & Ceballos, they had us eager party goers ready for round two the next morning.

When you think of a typical cruise, you may generally think pina coladas, endless food, sunbathing, a night out or two. If you have ever attended one of these with family or as a single status, you may have noticed they lack a little in the party sector. This is where founder Jason Beukema got the idea to start the Groove Cruise. After a family cruise, he thought this was good, but it could be better. And that is what he has achieved, creating an event where you can find non-stop music, deep house yoga, twister sessions, a silent disco, fashion and comedy shows, bowling tournaments and daily theme parties! Count me in.

Throughout the ship house music, tech house and trance could be heard over multiple stages indoors and outdoors. You couldn't go wrong with this lineup. Headliners and supporting artists at every stage had the crowd energized and lovin it. I was lucky to catch sets by headliners Benny Benassi, MK, Laidback Luke, Chus & Ceballos, Shiba San and Offaiah aka Micheal Woods. Suite parties with an endless supply of bacon hosted some surprise artist sets. I was lucky enough to catch the middle of a five hour set by Drums Of The Sun. A seven-hour sunrise set by Anthony Attalla had everyone up way past their bedtime (if there was one). Kristina sky delivered goosebumps to her many fans at her great outdoor set. Mark Villa celebrated his birthday on board, possibly making him the youngest DJ to perform on Groove cruise. This party was bumpin form the time we set sail until the last night when Captin Green Velvet shut things down with his closing set as we drifted back to the port of San Diego.

One of the things the Groove Cruise is doing differently is the artist interaction with the attendees. If you have ever dreamed of playing Xbox with your favourite artist MK, or beer pong with Shiba San, or how about a soccer tournament with Luccio and other artists? Well, here you could make this a reality through the artist activations. Many artists stay on board the entire cruise, socializing and partying with fans, something you will not find at other festivals. A few artists told me it is an opportunity for them to meet and get to know their audience as well as collaborate with other artists. Many of the DJ's come back to perform again, some attending since cruise number one and couldn't imagine missing it.

Shot and edited this video with @LoCalOside yesterday! Really loved being out in Ensenada yesterday despite sea sickness! pic.twitter.com/zOcM92T7OU


One of the many things that impressed me and inspired me was learning of Whet Foundations Destination Donation. Whet Foundation and Groove Cruise give back to the communities where the ship embarks and instead of just handing over donations they prefer to be fully involved. This year it was a little more challenging after we rerouted from Cabo to Ensenada, the crew quickly had to find a new organization to donate. Scrambling the morning of embarkment, they found one. Along with Neon Owl Clothing and Glo Radio, they headed to an elementary school where they gave supplies, backpacks and painted wall murals with the kids. Working with and purchasing from companies with good values and ethics is becoming more and more critical and as an attendee knowing there is heart behind their mission, they certainly get an extra check mark from me.

Leaving the Groove Cruise was tough, I wouldn't have complained about a few more days of fantastic music and amongst happy people. I now understand why they call it the GC family. From the airport and back, I connected with so many positive individuals who were all there for the same things music, dancing, laughs and positive vibes. Groove Cruise I can not wait for our next adventure. For those of you who do not have your Groove Cruise Miami tickets, they are selling out fast so get it now. Link below