Please note that due to the COVID-19 pandemic, many events around the world are being cancelled or postponed. Please be sure to visit the official website of any event you are planning to attend to ensure that is has not been canceled.
Brooklyn Hip Hop Festival

This is the general information page for Brooklyn Hip Hop Festival. For specific events/years follow the links below. 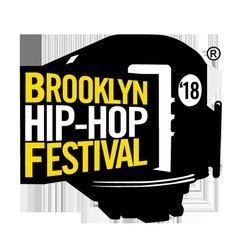 Brooklyn Hip Hop music and culture Festival is an annual event which takes place in Brooklyn, New York, USA. The festival is dedicated to preserving and celebrating Hip Hop and its artists, writers, visual artists and dancers.

The next Brooklyn Hip Hop Festival will be happening sometime in the future.

Established in 2005, The Brooklyn Hip-Hop Festival is New York City’s largest Hip-Hop cultural event that showcases the positivity of Hip-Hop culture. The Festival offers a variety of culture based educational and entertainment events, which are in addition to its performances. Activities include panel lectures, exhibitions, movie screenings and even a family-friendly block party for all. The Festival’s initiative is to celebrate and preserve Hip-Hop’s legacy of promoting artistic progression, community building and social change by bringing together all lovers of this great culture.

In the last twelve years, the Festival has achieved a number of memorable milestones with an impressive roster of Hip-Hop acts. These include Nas; Talib Kweli who brought out the Crooklyn Dodgers for a classic old school performance of “Crooklyn”; Common who brought out Foxy Brown; Jay Electronica who surprised his audience by bringing out Jay Z and J Cole for one of the most memorable Hip-Hop performances in Festival history; Busta Rhymes and Friends performance where Busta brought out Leaders of the New School for one of the best old school reunion performances yet; lyric virtuoso, Rapsody, who first announced on our Festival stage her signing to Jay Z’s label, Roc Nation; a “Q-Tip & Friends” concert where Q-Tip surprised his audience with performances by Kanye West, Busta Rhymes, Black Thought of The Roots, Monie Love so many more to mention.

The Festival’s week long event has also expanded in programming and diversity. Exciting new panels and discussions with cultural influencers and Hip-Hop legends have been added to our Hip-Hop Institute. The Dummy Clap Film Festival has expanded its lectures with discussions centering on current tv shows and movies. Our Juice Hip-Hop Exhibition has added a number of showcases and exhibitions to highlight the various elements of Hip-Hop culture under one roof. We are approaching this year with renewed vigor and commitment to showcasing the legends of our culture alongside the new generation.