Please note that due to the COVID-19 pandemic, many events around the world are being cancelled or postponed. Please be sure to visit the official website of any event you are planning to attend to ensure that is has not been canceled.
Bunbury Music Festival

This is the general information page for Bunbury Music Festival. For specific events/years follow the links below. 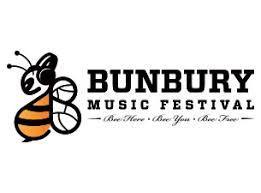 Bunbury Music Festival is a multi-genre event including rock, alternative, edm, pop and indie. This three-day festival sets it off with four stages and is located close to downtown Cincinnati at Sawyer Point/Yeatman's Cove. Cincinnati, Ohio, USA.

The next Bunbury Music Festival will be happening sometime in the future.

The purchase adds to PromoWests existing portfolio of concert venues including EXPRESS LIVE!, Newport Music Hall, The Basement and A&R Music Bar in Columbus, Ohio and Stage AE in Pittsburgh, PA. We are excited to expand into the Cincinnati market. We have strong relationships with the bands that play Bunbury as they play our venues throughout the year, said Scott Stienecker, president and CEO of PromoWest Productions. PromoWest will handle all booking, marketing, sponsorship and production of the festivals and Bill Donabedian will continue to oversee operations.

In past years, Bunbury Music Festival , which takes place along the Ohio River in downtown Cincinnati throughout Sawyer Point and Yeatmans Cove , has hosted top alternative artists including Flaming Lips, MGMT, Fall Out Boy, FUN. and more. PromoWest, known for its creative design of intimate concert venues in Columbus and Pittsburgh, has modified the festival layout to provide fans with a more intimate concert experience. The festival, previously having one main stage and five smaller stages, will now feature two main stages and two side stages for better viewing and easier logistical flow for festival goers."