Please note that due to the COVID-19 pandemic, many events around the world are being cancelled or postponed. Please be sure to visit the official website of any event you are planning to attend to ensure that is has not been canceled.
Camp Wavelength

This is the general information page for Camp Wavelength. For specific events/years follow the links below. 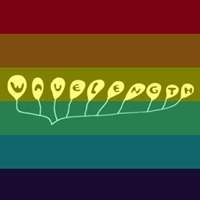 Camp Wavelength takes place annually on Toronto Island. Steps to the beach and a short ferry ride from Toronto. This is an all ages event though you must be 19+ to camp at Wavelength. Local and out of town artist preform indie, rock, electronic and more.

The next Camp Wavelength will be happening sometime in the future.

Wavelength Music is a curated concert series designed to champion creativity, co-operation and collaboration in the independent music and arts scenes. Established in 2000, we are a non-profit arts organization that puts artists and the community first. A cornerstone of the Toronto music scene, Wavelength Music has championed literally thousands of emerging artists during its decade-plus run.

Wavelength currently produces approximately 20 events per year, including two annual festivals, the Wavelength Music Festival in February and the Camp Wavelength Festival in August on Toronto Island, as well as a monthly, year-round concert series in a variety of venues around Toronto and across Canada. Our events often feature workshops, artist talks and other educational, outreach events. In 2013, we launched our inaugural Artist Incubator program, in which we work closely with a selected handful of emerging artists to collaborate on special projects such as touring showcases and interdisciplinary events.
wl_about

VISION
Our vision is to transform communities through music.