Please note that due to the COVID-19 pandemic, many events around the world are being cancelled or postponed. Please be sure to visit the official website of any event you are planning to attend to ensure that is has not been canceled.
Cavendish Beach Music Festival

This is the general information page for Cavendish Beach Music Festival. For specific events/years follow the links below. 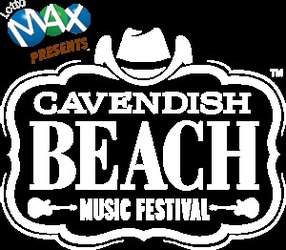 Cavendish Beach music festival is an annual country music festival. Close to the sandy beaches of Cavendish,PEI. Camping is optional.

The next Cavendish Beach Music Festival will be happening sometime in the future.

"What was once a cow pasture in Cavendish, Prince Edward Island, is now the home of the largest multi-day outdoor music festival in Atlantic Canada the Cavendish Beach Music Festival. More than 70,000 visitors annually flock to the festival for the biggest names in country music, camping, dining, the warmest waters north of the Carolinas and to create memories that last a lifetime. Country festivals in Canada are becoming more and more popular- so come on down to the East Coast and join the fun!
ast performers have included: Kenny Chesney, Blake Shelton, Keith Urban, Eric Church, Steve Earle, Lady Antebellum, Taylor Swift, Brad Paisley, Toby Keith, Tim McGraw, Hunter Hayes, Brantley Gilbert, Rascal Flatts, and country legends Ricky Skaggs, Alabama and Reba.