Please note that due to the COVID-19 pandemic, many events around the world are being cancelled or postponed. Please be sure to visit the official website of any event you are planning to attend to ensure that is has not been canceled.
FreshGrass Festival

This is the general information page for FreshGrass Festival. For specific events/years follow the links below. 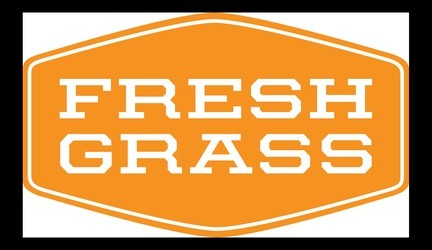 FreshGrass Festival is an annual bluegrass music event, taking place with a beautiful view of the Berkshire mountains in northwestern Massachusetts. All ages are welcome, four stages, live music, comedy, workshops and award shows provide entertainment for everyone.

The next FreshGrass Festival will be happening sometime in the future.

" FreshGrass is rich in both traditional and cutting-edge bluegrass, presented in a wide array of venues tucked appropriately into a 19th-century factory turned 21st-century museum all set amidst the beautiful backdrop of the Berkshire mountains in northwestern Massachusetts.

An opportunity for enthusiasts to both appreciate and participate, FreshGrass is a family-friendly festival, brimming with bright talent on our four stages, and also in our galleries, brick-lined courtyards, and grassy field. FreshGrass is becoming more than a festival: join us as we build a new hub for the bluegrass community, honoring the American tradition while also propelling the genre forward.

Music startsearly in the museum courtyards, moves to our spacious (and grassy!) urban concert meadow, and then continues until past your bedtime with wild and wooly late-night barn dances in the Hunter Center on Friday and Saturday nights. The lineup is jam-packed with guitar gods and banjo gurus, traditionalists and trailblazers artists you already know and love along with new FreshGrass discoveries. Taken together, its an expansive group of performers who both draw on the past and look to the future.