Please note that due to the COVID-19 pandemic, many events around the world are being cancelled or postponed. Please be sure to visit the official website of any event you are planning to attend to ensure that is has not been canceled.
Country Summer Festival

This is the general information page for Country Summer Festival. For specific events/years follow the links below. 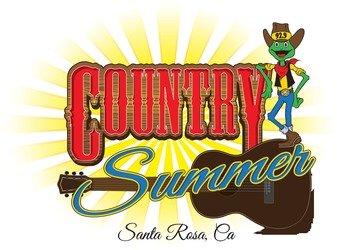 The next Country Summer Festival will be happening sometime in the future.

A word from Country Summer Festival

Since its inauguration in 2014, Country Summer has been bigger and better every year with a lineup of country music superstars and big name entertainers.

The 5-acre Carnival field at the Sonoma County Fairgrounds in Northern California sets the scene with spectacular video walls and state-of-the-art staging and sound. Between headliners on the Chevy Silverado Stage, a secondary stage features musicians and groups from the local area.

While performances by country music artists are the main attraction, great festivals are more than great music. Country Summer is a big country music celebration with Western-themed attractions, a variety of culinary delights and an array of libations from your favorite Anheuser-Busch beverages for beer drinkers to a wide selection of wine and spirits to please every palate.

Country Summer is a collaboration between Impact Entertainment, Sports & Event Marketing and Sonoma Media Group local owner of Froggy 92.9 and other leading radio stations serving Sonoma County. Alan Jacoby, executive producer of Impact Entertainment, and Lawrence Amaturo, owner of Sonoma Media Group had a vision to create an annual country music spectacular that would be the foremost of its kind in Northern California."