Please note that due to the COVID-19 pandemic, many events around the world are being cancelled or postponed. Please be sure to visit the official website of any event you are planning to attend to ensure that is has not been canceled.
Global Citizen Festival

This is the general information page for Global Citizen Festival. For specific events/years follow the links below. 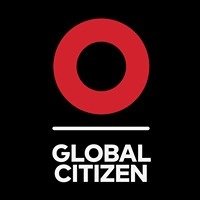 Global Citizen Festival is much more than your typical music festival. This is a popular event and platform with a cause. Taking place annually in New York and different locations around the world, the community and their events are about combating social change. World renowned artists perform in categories of hip hip, indie, rock and pop.

The next Global Citizen Festival will be happening sometime in the future.

"Words from the organization"

To date, the actions by our global community along with our high level advocacy efforts and with our partners, have resulted in 130 commitments and policy announcements from leaders, including financial aid valued at over $30 billion that is set to affect the lives of 1 billion people.

Global Citizen is headquarteredin New York, with offices in Canada, Australia and the United Kingdom. The organization was co-founded by Hugh Evans, Simon Moss, Wei Soo in 2008.

Through our mix of content and events, grassroots organizing and extensive reach through our digital channels, we are building the worlds largest movement for social action. We organize massive global campaigns to amplify the actions of Global Citizens from around the world.